CanvasXpress captures all programatic and user interactions including modifications done through the context menus, drag and drop, zooming, panning and configurator user interfaces. The information is captured as the user modify the graphs and can be embeded in the image as metadata when the user saves it in a PNG file. The canvasXpress PNG file can then be opened in any web page that contains a canvasXpress graph to recreate the data along with all its modifications. To reproduce the user modifications you can press "Ctrl + Alt + R" or through the context menu "Reproduce" under the File section. That will open a widget to allow you to reproduce all user manipulations. 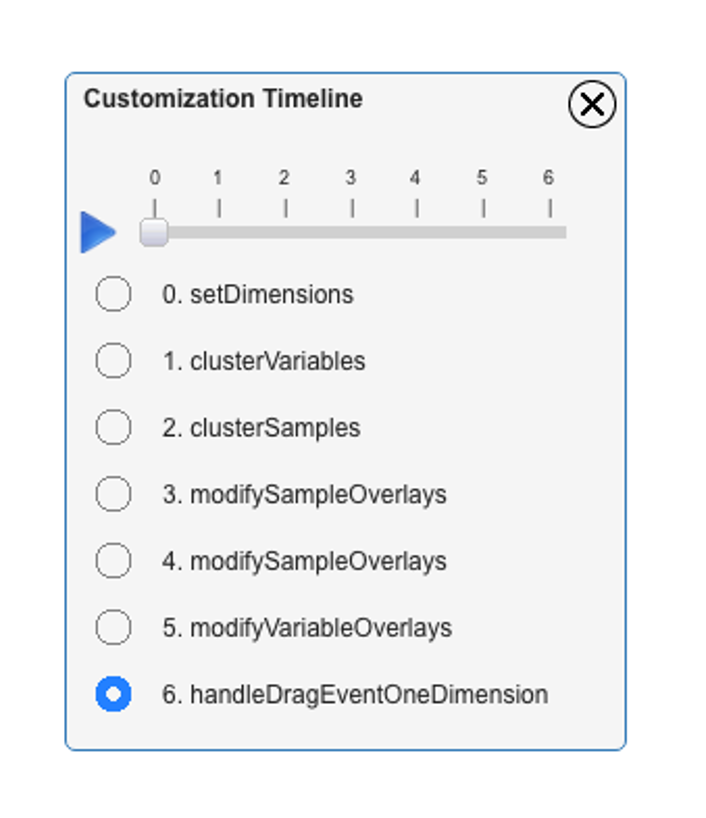 To see it in action just play the transformation in the graph below. Mouse over the top of the graph to show the toolbar and click on the reproduce icon (second from the left)